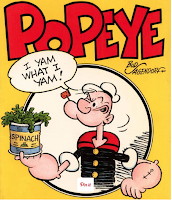 Why teach mathematics? There are many reasons to study mathematics, but in most schools it can all be boiled down to this: math is good for you. This reminds me of a time when my mother would serve me boiled spinach at dinner time and I of course refused to eat it; but my mother insisted because it was good for me. Of course, the answer didn’t help me since I disliked the taste; but like a good boy I ate it since dessert would not be available otherwise. Unfortunately, for too many kids that is the experience of doing arithmetic and then math starting in Algebra 1. Though for the most part students dislike and don’t appreciate math, we like good boys and girls “eat” it. We want the grade to please our parents. As a math teacher I wanted more than that. But I had difficulty in coming up with ways of teaching that actually make the math taste good. (My mother would add butter to the spinach which made the spinach taste better for me.) Games make math “taste better” for most kids. We have so many math resources that purport to make math fun, so why do we fail to get kids to appreciate and like math for its own sake? Because of the way it is presented to kids. Pick up most textbooks and you will see why. Like spinach they are distasteful. Kids like to read books that are interesting, fun and engaging i.e. story-like. For example, textbooks like “Mathematics: A Human Endeavor” by Harold Jacobs are story-like and not surprisingly students actually want to read them. What a difference it would make if our math curriculums were written with student's interest in mind. (See next blog.)

At the high school level students should have more of a choice as to what to study. STEM is a productive venue for students who dislike spinach math. But if they engaged in well designed STEM projects that illuminate math ideas, spinach math would be something they actually would enjoy. Pass the butter,  please.

Note 1: In Washington NCTM will be introducing a new book Catalyzing Change in High School Mathematics which offers 2 tracks for students. (see Dan Meyer’s blogpost about that.) Learning math is not a zero sum game as Matt Larson implies. He says that math education is the key to students becoming great critical problem solvers in all walks of life. That’s absurd. There are many successful paths to achieve critical thinking skills. Look at those articulate students who survived the school shooting in Parkland who are passionately engaged in pushing for gun control. How much did their math education contribute to this? The answer is unclear, but I doubt if it did much for those students who are currently surviving spinach math. (They see no purpose in studying Calculus in high school, other than it looks good on their college application.)

Note 2: No mere vegetable ever gained the fame that spinach did in the 1960s through the cartoon character Popeye. Often in vain, parents encouraged their children to eat their spinach so they would grow up to be big and strong. Why did Popeye eat so much spinach? The Surprising Answer.

Posted by Ihor Charischak at 6:55 PM