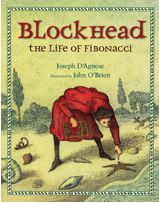 *The Ides of March is the name of 15 March in the Roman calendar, probably referring to the day of the full moon. The term ides was used for the 15th day of the months of March, May, July, and October, and the 13th day of the other months. The Ides of March was a festive day dedicated to the god Mars and a military parade was usually held. In modern times, the term Ides of March is best known as the date that Julius Caesar was killed in 44 B.C.- Wikipedia
See my Pi Page
Posted by Ihor Charischak at 11:52 AM No comments: