My highlight of the day is connecting with Keith Devlin. He's my newest hero and hope for the future of math education. His Apollo program for math is to create a web-based simulation platform for cool learning objects that motivate students to "wanna do" math by engaging them in mathematical thinking. His session Video Games for Mathematics Education: They Will Soon Get  Better was on Friday and he stopped by the CLIME booth for a photo op with me. I was thrilled. If you missed his talk you can still catch an archived presentation that he hosted on Math 2.0 Live last Monday.
For updates on Keith's project follow this blog via RSS feed and/or Twitter (@climeguy)
Posted by Ihor Charischak at 6:03 PM No comments: 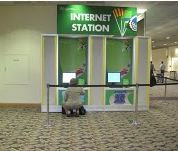 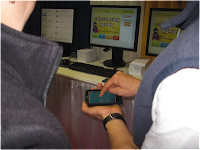 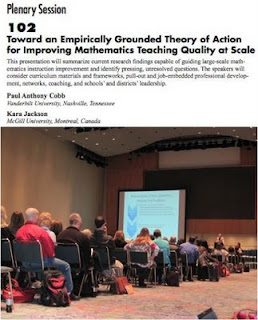 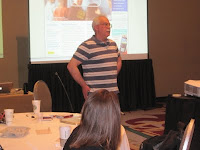 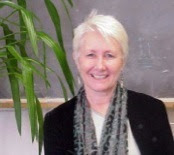 *Not full service - no sandwiches. (I got one at a Subway near by.) Not easy to get a sandwich on the run around here.
Posted by Ihor Charischak at 6:41 AM 1 comment: