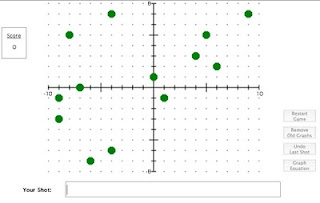 
Notes
*George Lakoff and Rafael Nunez (Where Mathematics Comes From?) believe that all math can be learned intuitively even calculus if it is taught in way that connects previous learning with current new knowledge. Keith Devlin doesn’t think that’s possible for subjects like calculus. During his opening session presentation** at the NCTM conference in 2004, he said that there is some math that just needs to be learned “top down.”  He poses this challenge to the audience.
More about Globs
** You will need to download Realplayer to watch Devlin's keynote opening session. His keynote begins at 18:15 in the video. He starts talking about the Lakoff and Nunez book at 46:45.
Posted by Ihor Charischak at 1:01 PM