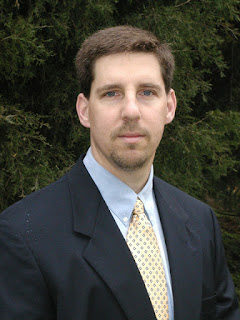 When Seth Godin wrote his book Linchpin, he had people like Patrick Vannebush in mind. Last night (July 7th) Patrick was the guest speaker on Maria Droujkova's Math 2.0 Live! Elluminate session and he spoke very eloquently and passionately about his work as one of the technology leaders at NCTM.
As people who read my blog know, I have this "love/hate" relationship with NCTM. On the one hand I'm dismayed by NCTM's continued conservative stance when it comes to promoting their technology principle while their support of the other 5 principles (equity, learning, teaching, assessing & curriculum) is loud and clear. Since I'm all for equal time for technology and I wanted to do a non-confrontational protest of some recent decisions that the NCTM board made about the use of technology at conferences (i.e. vetoed support for using Wifi at their annual "showcase" conference because it costs too much) thus discouraging the use of a technology that is currently ubiquitious in society. Instead at NCTM meetings where you still have to line up at their anachronistic "Cyber Cafe" which worked in the late 1990s-and early 2000s  when the Web 2.0 was still emerging. Since NCTM provides discounts for affilate groups (of which CLIME is one) I was able to exhibit and promote Math 2.0 which is a synergy between the use of powerful math software tools in a Web 2.0 environment in math classes. Though it was fun sharing example how math ed will be transformed by these current and emerging technologies at the conference, it was discouraging to see how far we still have to go to educate our math teachers on its potential.
Which brings me back to Patrick. Since the idea of CLIME began 23 years at an annual meeting in Washington with a vision promote a constructivist, student empowered way of learning with technology,i've been involved with NCTM as a affiliate president, conference planning committee member  at the national and local level (1999 and 2004) and on several committees, I have met a lot of people intimately involved with NCTM and the surprise was that weren't any conservative folks who were trying to keep us in the 20th century, but were truly people who were interested in reform with technology being at the forefront.
So NCTM by its a nature is conservative, yet at the same time is encouraging and doing some creative & innovative work. Patrick is one of the points of light that has emerged on the NCTM scene that bodes very well for the future and the direction that NCTM is headed.
Read more about Calculation Nation and the Illumination project at NCTM.
Hear Patrick's archived presentation on Elluminate July 7th, 2010.
Posted by Ihor Charischak at 2:04 PM No comments: Links to this post 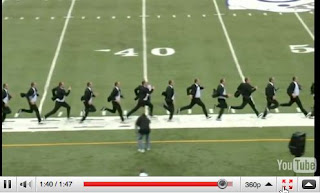 Here's another "What Can You do With This?" lesson grabber. Watch the video. What are your reactions?
My reaction was (and still is): "This is cool!" My next thought was: "Can I turn this into a math session motivator?" That is, can I get my students attention long enough to transition into an engaging & productive math activity? (As always, there is a devil ready to snarl progress in developing the details.) Dan Meyer who shared this video on his blog is thinking about how this might become a starting point for building a curriculum unit around it. I like the idea a lot because it feeds my mantra of what pieces a lesson scenario should have.

I say "we" in step 3 because as the teacher I'm learning right along with the kids so I want to share as well.
Dan has gone further by creating a more story-like 3-step process rubric. From his latest blog entry:

(In the) Beginning:
Middle:
End:
In my "model" the middle portion (above) is still in the setting the stage phase, but that doesn't detract from these suggested steps being very helpful in framing my actions in a way that maximizes the possibility for learning.
Not all "stage setter" learning objects have the same impact. Dan's Water tank activity left me a bit dry, because I didn't find the video had much intrinsic motivation. (In other words, I didn't think it was "cool".) But like all devices for grabbing a student's attention, the context in which the learning object is presented is crucial. That's why I like to use video clips that pass my "Who cares?" test. It makes the transition to building the context around it smoother & easier.
See also my companion blog "Scenes from a Dynamic Math Classroom" for some of my WCYDWT tinkering.
Posted by Ihor Charischak at 8:45 AM No comments: Links to this post